A graduate of the California College of Arts with a Bachelor of Fine Arts in Textiles, Jeanine Alfieri left college and went directly to New York City to create and sell textile designs. During this time he began a successful and highly developed career in silkscreen printing and art for fashion. Gathering information and experience from each of the fashion houses she worked for, Alfieri eventually owned her own silkscreen shop and design house. She single handedly did all the design, printing and sales at a company called Alfieri Artwear.

After the company dissolved, Alfieri continued to pursue her career in the fine arts. She took a job at a nightclub in NYC called Downtime, where she was able to make art in her studio during the day and run the club at night. Downtime also offered her many ways to promote her work. J started a monthly event at Downtime called, ”Girl Power“, which featured a new visual artist displayed on the mezzanine of the club and live music on the main floor hosted by Female bands. It was designed to help promote and support women in the Arts. This was one event among many that Alfieri orchestrated to promote her work and the work of other artists.

Through all this Alfieri continued to make art while creating and developing her own style  using the three mediums she loves most; Fabric, sculpture and painting. Using the female, from a life cast, she combines these materials uniquely and without restriction. The combination and manipulation of these elements continued to create a constant challenge for Alfieri, but she was still determined to add another element to her sculptures. After taking a class for welding in 2001 at the School of Visual Arts

in NYC, Alfieri begins incorporating steel into her work. She uses found steel which she then shapes and welds herself. These works emulate the power and beauty of the female form. The fabric, oil paint and metal depict a flow of energy, movement and color.

Since the beginning, Alfieri has taken every opportunity to show her work in alternative spaces as well as galleries across Manhattan and the tristate area and continues to do so. In addition she explores other outlets for her creative energy and shortly after Sept.11th joins together with a caterer/baker who she met and worked with while putting together parties at Downtime. She designs, bakes and decorates a line of one of a kind cupcakes. These edible sculptures were featured in all the high end gourmet shops in Manhattan, including Dean and Deluca and Gourmet Garage.

In keeping with the ideas she executed while managing the nightclub, Alfieri opens a gallery out of her studio in Chelsea NYC called The Fountainhead Gallery in 2007. She is determined to use her experience as a professional Artist to educate and help promote young or less experienced artists with their careers. This idea continues to flourish today. Even with the relocation of her studio in 2009 to the South Bronx, The Fountainhead Gallery continues to seek out and encourage new creative talents.

Alfieri’s work has been featured in countless solo and group exhibitions. She holds numerous awards in sculpture and was a BRIO (Bronx recognizes it’s Own) winner in 2013. She is a member of The National Association of Women Artists, The International Sculpture Center, Bronx Council on the Arts, and the Bronx Art Alliance.

Alfieri transitioned in 2018. Now Jake Alfieri, he lives and works in the South Bronx, Port Morris. 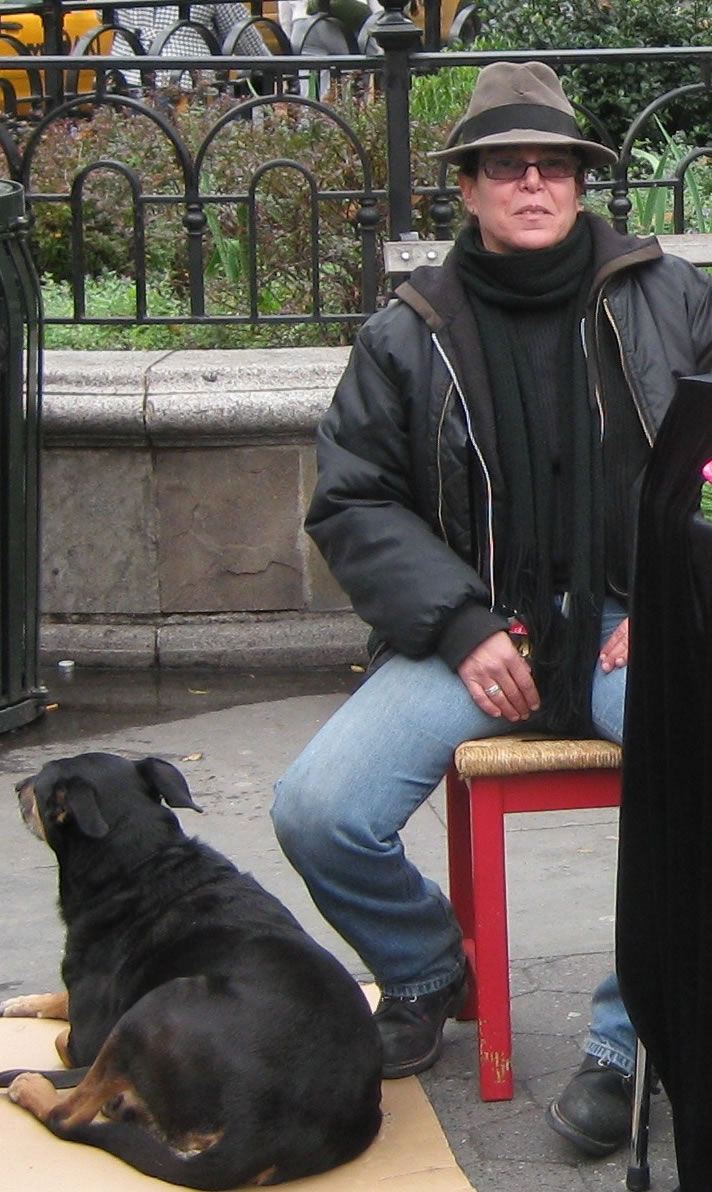